Bowers is an adaptive re-use project in the burgeoning entertainment district of lower South End in Charlotte. The redevelopment transformed 1940’s and 1960’s-vintage textile buildings into a 73,500 sq.ft. mixed-use office and retail campus across three separate, single-story buildings.
The project was 85%+ pre-leased prior to closing. Tenants include a brewery with a taproom and corporate headquarters, a F&B operator and two technology companies. Office tenants were attracted by the employee recruitment and retention factor –both the aesthetics of the adaptive re-use buildings and nearby, local entertainment establishments. Retail tenants were attracted to the foot traffic and the popularity for the existing concepts in the district. 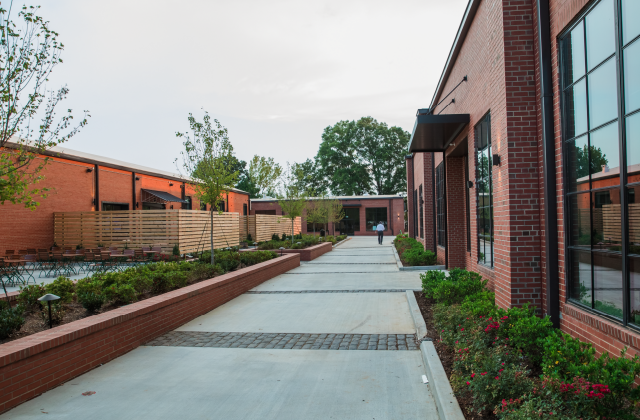